The Mass Traction Demon Invitational & Hemi Grudge Race will allow Dodge Challenger SRT Demon & all Hemi owners to compete on a surface prepped to the extreme by Mass Traction – the company that provided the drag strip prep for the world record-breaking passes that gave the Demon its title as the quickest production vehicle and first production vehicle to achieve wheel lift. Mass Traction not only provided the drag strip prep but worked alongside SRT engineering throughout testing & media events and even built a drag strip launch pad inside of Pier 94 for the Dodge Challenger SRT Demon Reveal during the NY Auto Show!

Check out footage from the Mass Traction Demon Invitational New Orleans from our friends at Road Test TV!

The Demon Invitational Race is open to Dodge Challenger SRT Demons with no modifications except tire/rim set up. The format will be a heads up 500 pro tree 1/4 mile drag race with 2 qualifying rounds then eliminations. Ladder based on reaction time. $1000 purse with a 10-car minimum.

The Hemi Grudge Race is limited to 50 car maximum entry and is open to any car or truck with a Hemi. The format will be a lights out heads up 500 pro tree 1/4 mile drag race. $1000 purse with 16-car minimum. Random pairing for both qualifying and eliminations up to 16-cars. Ladder will be set at 16 cars based on reaction time.

Dodge Challenger SRT Demons can run in both the Mass Traction Demon Invitational and in the Hemi Grudge Race. All racers must obey NHRA & track safety guidelines including: helmet, pants, closed toe shoes, etc. Keep in mind: one warning will be issued for any car with ET at 9.99 or less and/or 135 mph or more.

Get ready for some fun! These events will be featured live on the NHRDA’s Diesel TV with winner circle interviews. Racers – prepare to hot lap as this is a live event.

BUY TICKETS NOW Be sure to use promo code MASS for 20% off admisson! 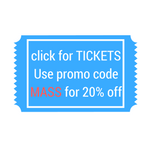 Since we are running in conjunction with NHRDA Oklahoma Diesel Nationals  scheduled times may vary: